Get it in Time for the Holidays! See Our Holiday Deadlines

Due to an accounting system upgrade, we will suspend order processing beginning Friday, August 27 at 4:00pm EST.  We will resume normal order processing on Wednesday, September 1.  Orders placed online during this time will be processed in the order they are received. Note: Live Chat, phone calls and emails will not be answered from 5:00pm EST on Friday August 27th until 8:30am EST on Wednesday, September 1st.

Strider was established in Rapid City, SD in 2007 by Ryan McFarland. He didn’t set out to change the world by changing the way people learn to ride a bike but he did. He just wanted to share his passion for bikes and motorcycles with his 2-year-old son, Bode. To that end, he had spent over $2,000 on traditional learn-to-ride vehicles (ride-on toys, tricycles, training wheel bikes, and even a training-wheel-equipped motorcycle) before he took a step back and realized that not only were these wheeled machines too large, too heavy, and too complicated, they failed to give his son the experiences he needed to learn how to balance himself on wheels!

The Solution. Ryan stripped, chopped, sanded, cut, and welded a little 12 in. bike into the very first Strider Bike. It was super light weight and sized perfectly to allow both of Bode’s feet to be flat on the ground. His son took to this bike like a duck to water. His son was in good control of the bike. His confidence quickly improved, and he learned that when he got himself going, he could lift his feet. Only his dad knew he was gradually and safely learning about his balance and steering through this experience. And he was learning it at his own pace, without fear of falling, with a sense of confidence and adventure. Pretty soon people in town started asking questions and it was then that Ryan realized that not only his son could benefit from this little garage creation but kids around the world could experience the same success, adventure, and freedom. Strider has currently sold over 3 million bikes to families around the world and have authorized dealers and distributors in over 75 countries. 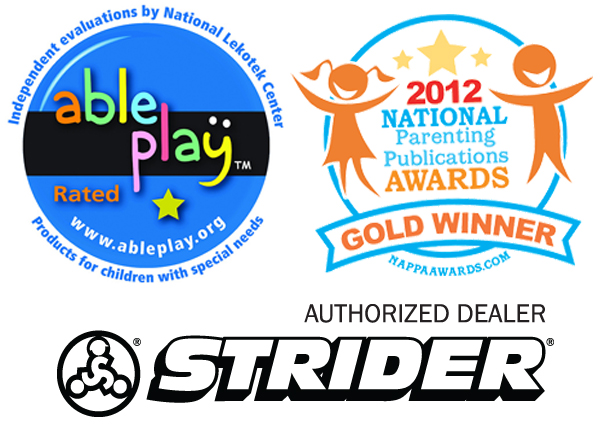